The Kadima Party (Hebrew: “Forward”) was a centrist and liberal Israeli political party that was established by Ariel Sharon. It became the largest party in the Knesset after the 2006 elections.

In 2008 Party Leader Ehud Olmert resigned, resulting in a leadership election between Tzipi Livni, Shaul Mofaz, Meir Sheetrit and Avi Dichter – The party asked me for a website design for the primaries. 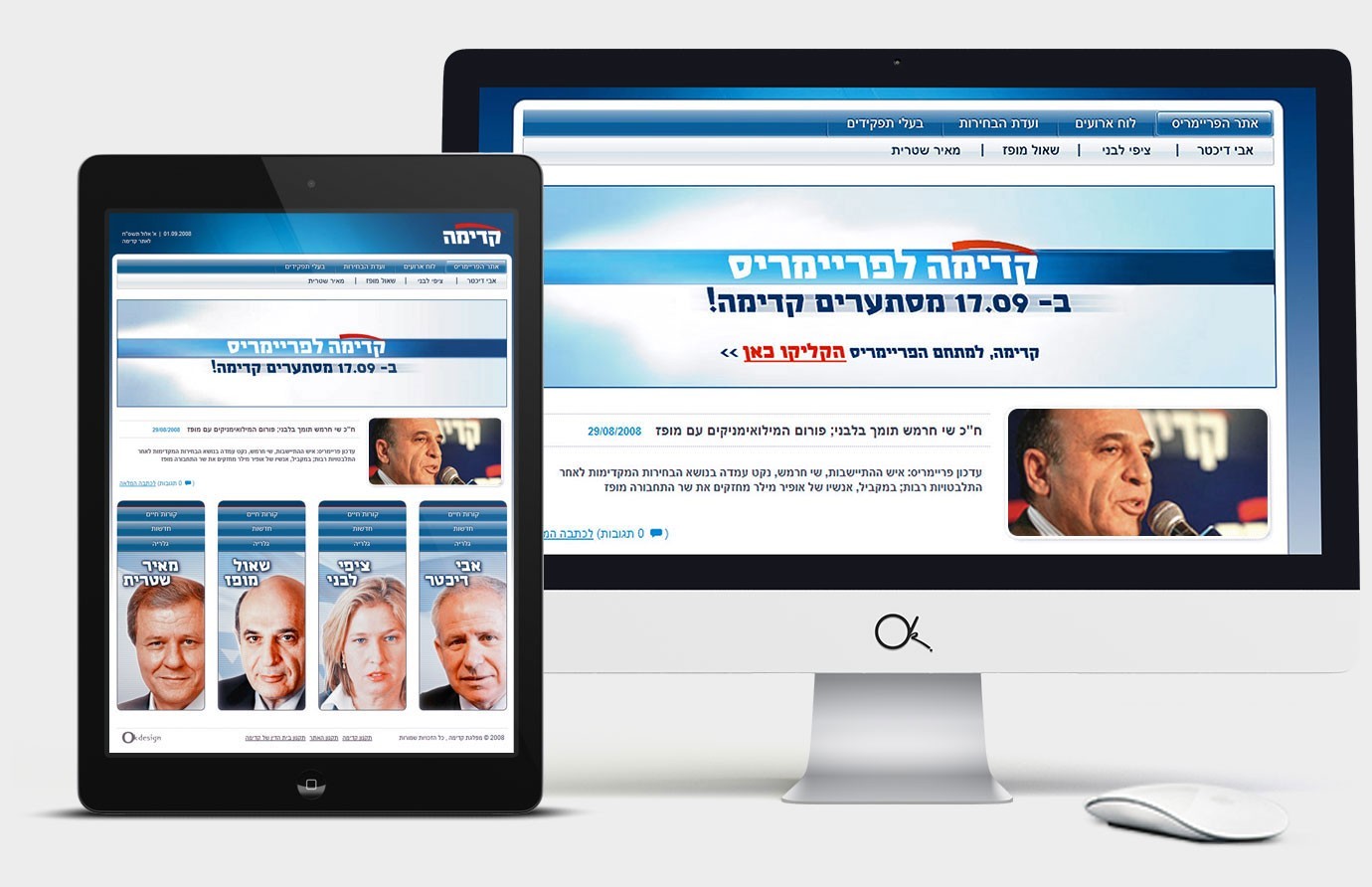 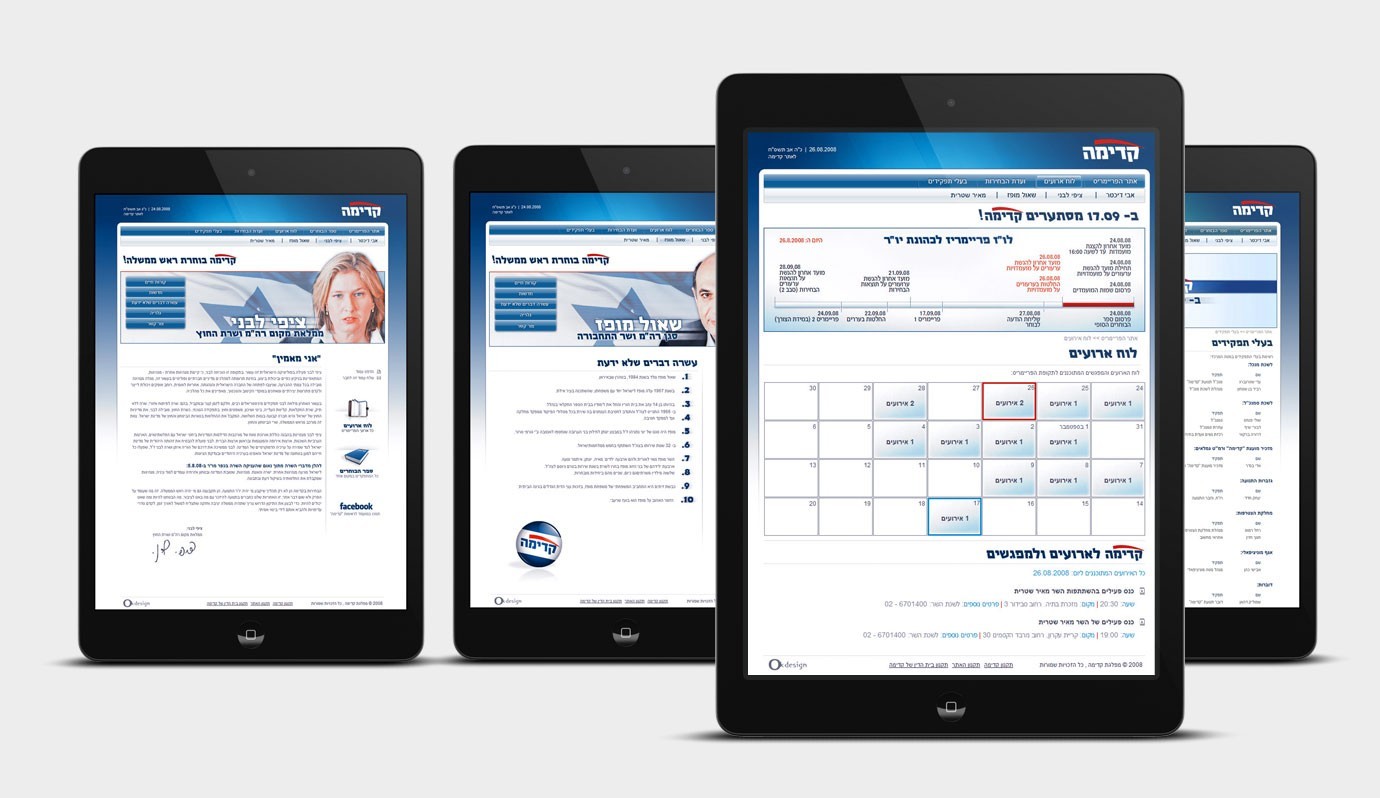 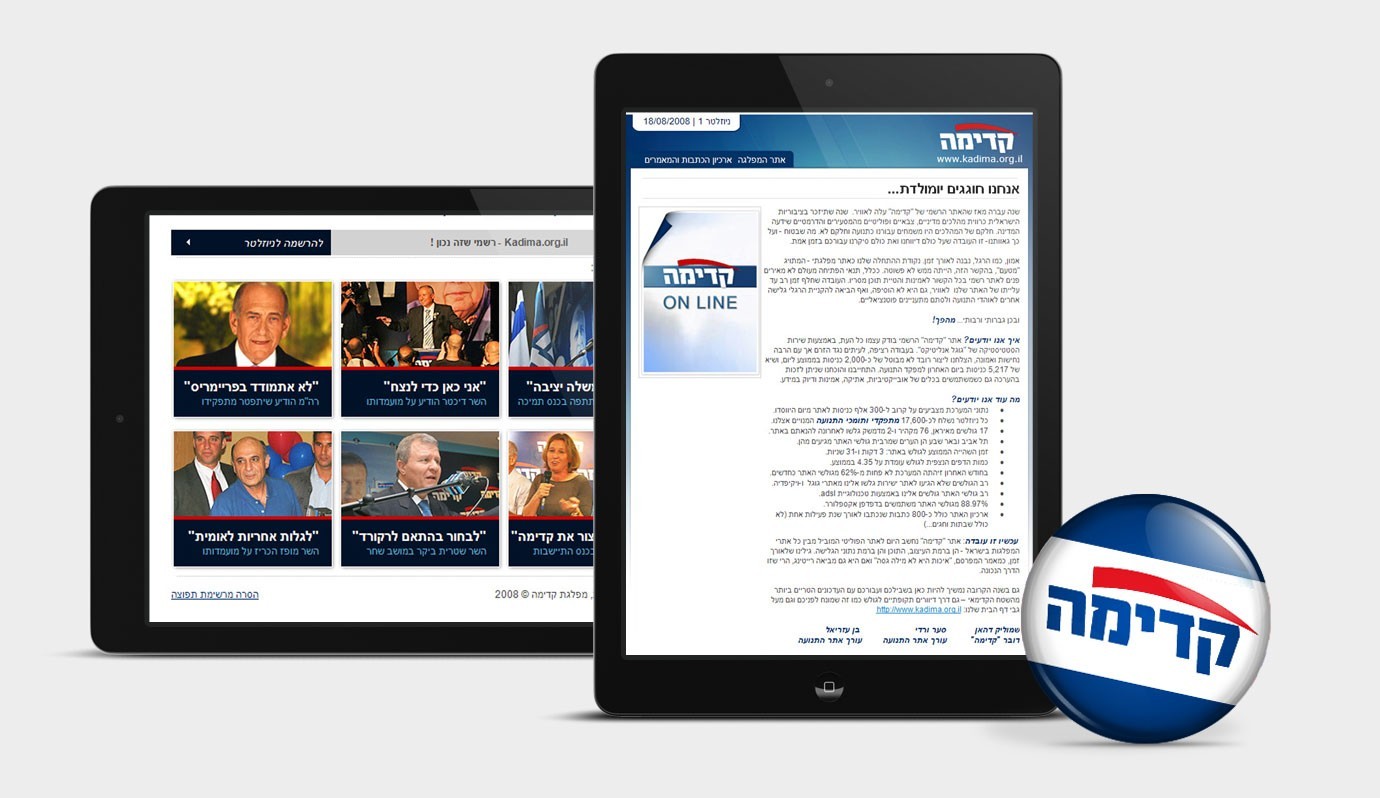 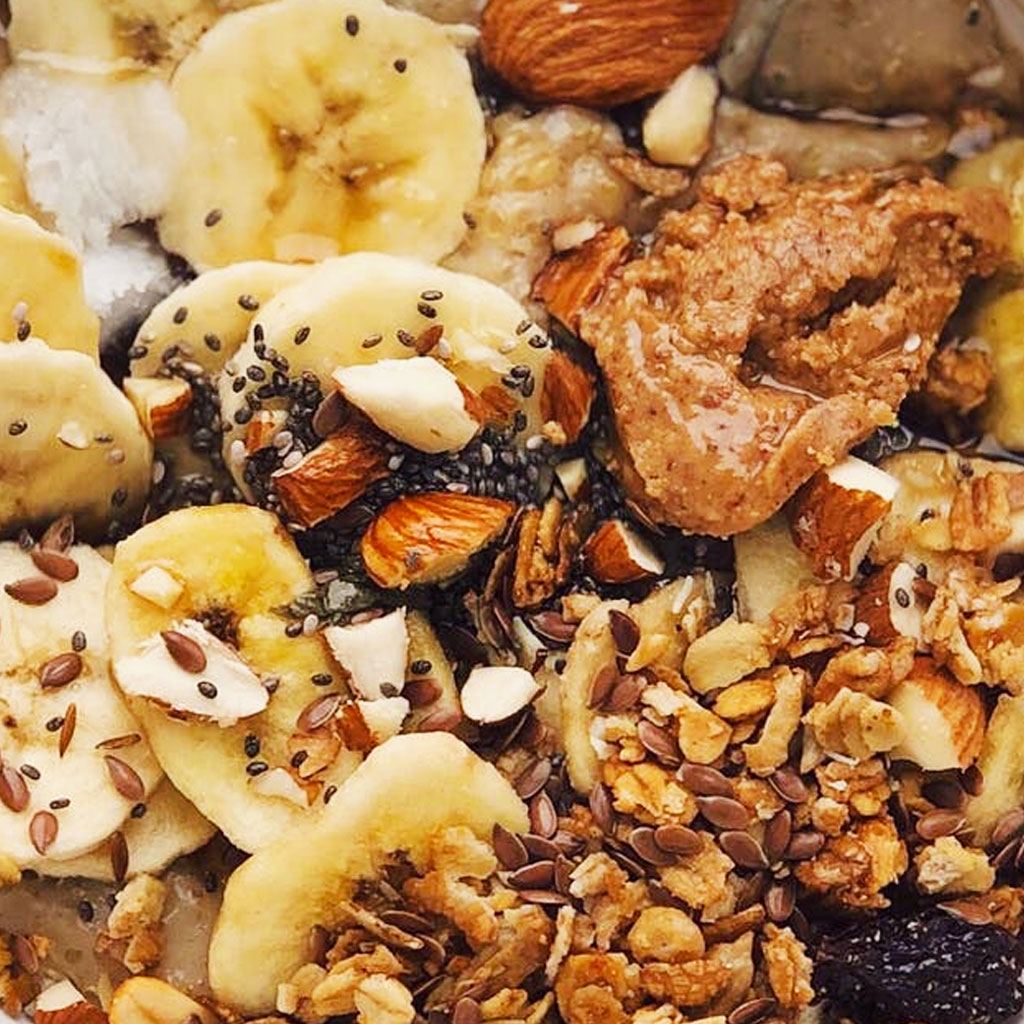 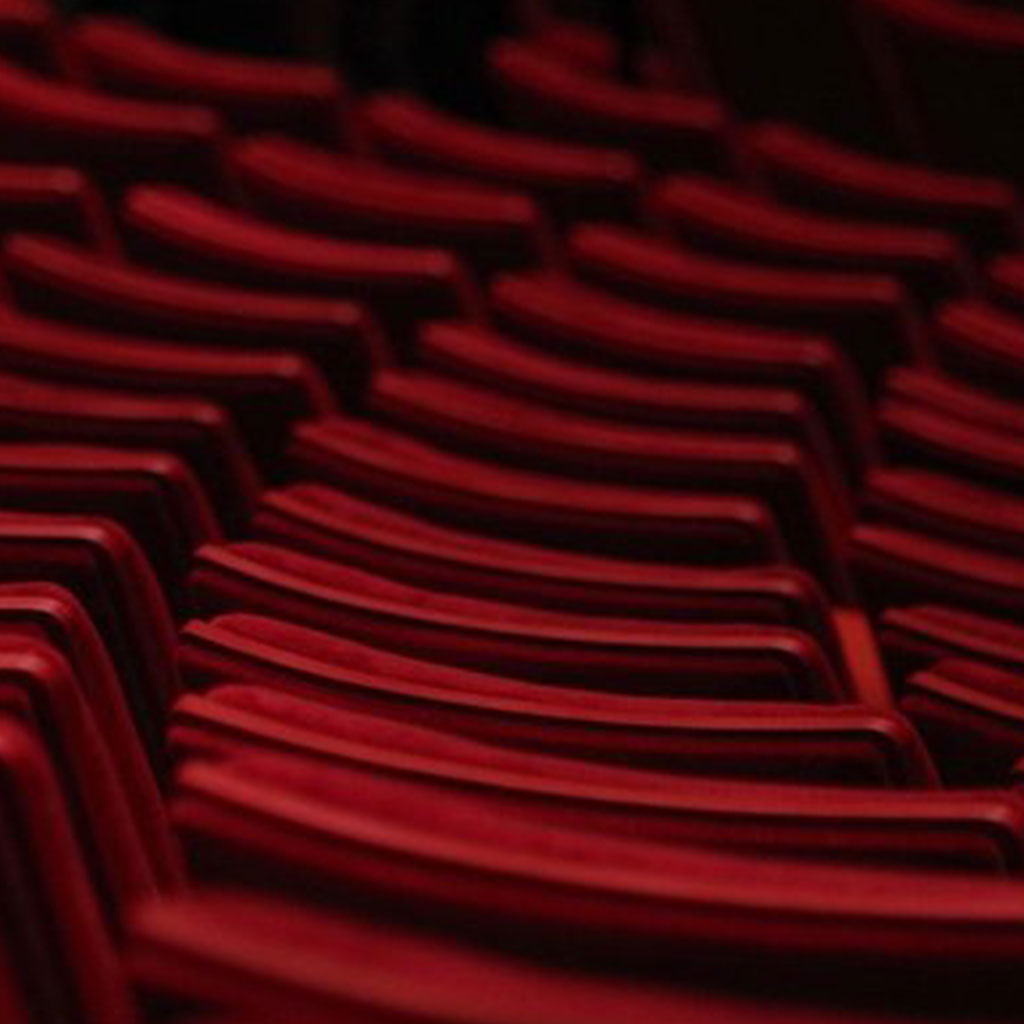 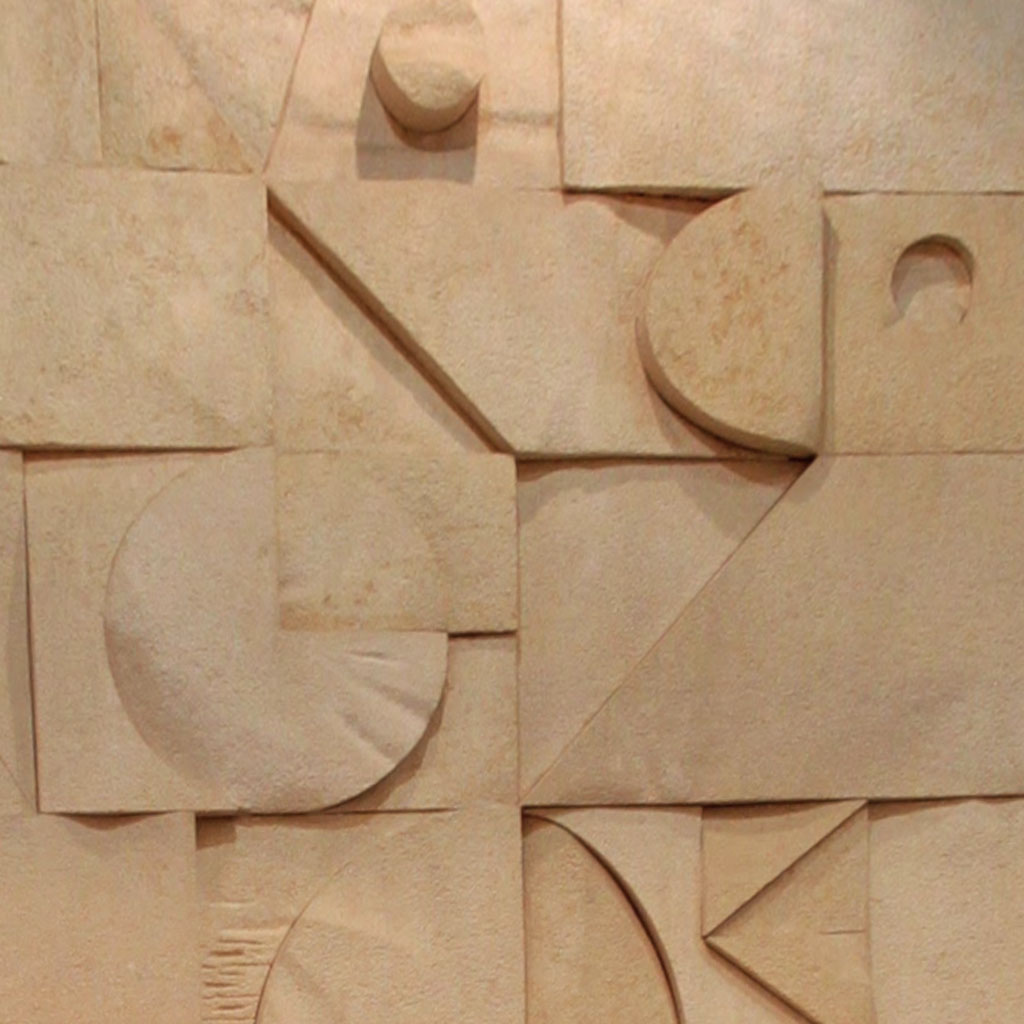 I Can Help You Make It Happen!